Which is the Italian language origin? 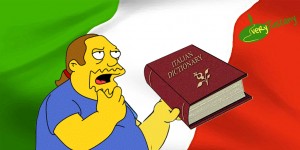 Italian language, such as many other Romance languages, derives from Latin. During the 5th century, at the fall of the Western Roman Empire, Latin was only a written language.

Along the Roman Empire territory – and in particular in the different regions of the Italian peninsula – many varieties of Latin developed. At the beginning these new languages were only spoken languages (so-called “volgare”) but, thanks to many intellectuals, they started to be used also for writing.

During the 13th century Florence became a powerful town and represented the most important centre of culture in Italy. Tuscany was the homeland of great writers such as Dante, Petrarch and Boccaccio, whose masterpieces (especially the Divine Comedy) deeply influenced the contemporary culture: the Florentine volgare became a model of “good language” for every writer.

With the invention of the printing, the popularity of the Florentine volgare increased even more and it started to be used in any field of knowledge.

During the 16th century the “Tuscan language” was officially regulated and slowly became the common Italian language. The other “volgare” languages correspond in what today are known as dialects: in Italy there are more than 100!